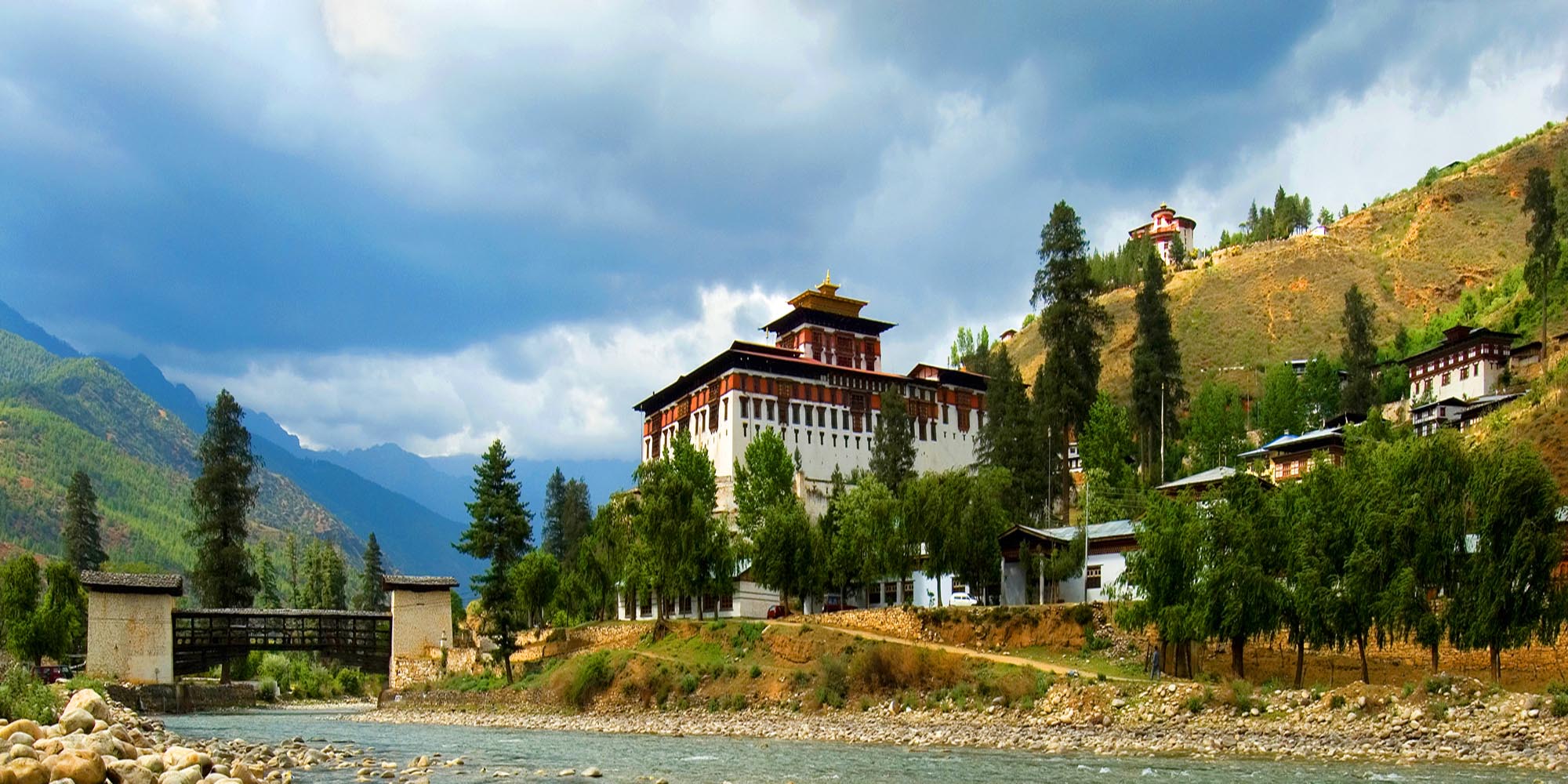 Fly into Paro by Druk Air or Royal Bhutan Airline. The great snowcapped peaks of the inner Himalayas rise up to the heavens can be seen during clear weather. As the plane approaches Bhutan, if you look down, farmhouses as dots on the hillsides can be seen. As the aircraft enters the Paro valley, you will see Paro Dzong on the hillside overlooking the Paro Chu (river), with Ta Dzong, formerly a watchtower and now the National Museum, above it.

You will be welcomed by our representative who will be your tour guide during your entire tour in Bhutan.

Drive to Thimphu and check into your hotel at Thimphu and after lunch visit the following:

Overnight at the hotel in Thimphu.

After breakfast, travel to Punakha through Dochula Pass (3,088m/10,130ft). In the clear spring sky; enjoy the panoramic view of the Himalayan Mountain ranges. Then pass by the beautiful 108 chortens built on a hillock by Her Majesty Ashi Dorji Wangmo (Queen Mother of Bhutan) for the security and well being of His Majesty the King of Bhutan. You may visit Druk Wangyal Lhakhang .The Druk Wangyal Lhakhang (temple) was built to honor His Majesty the fourth DrukGyalpo, Jigme Singye Wangchuck. The past and future appear to merge in the details of the lhakhang (temple) that tells the story of a supreme warrior figure whose vision pierces the distant future.

Take light refreshment at Dochula Resort and continue your journey. On the way visit the Divine Madman’s Monastery-Chhimi Lhakhang, famously known for its fertility shrine, where one can receive a special fertility blessing.

After lunch visit   Punakha Dzong , located on the island of the Pho Chu (male river) and the Mo chu  (female river). The dzong was built in 1637 by Zhabdrung Ngawang Namgyal to serve as the religious and administrative seat of the region. It was here that the dual system of government was introduced in the 17th century and  enthroned the first King Gongsar Ugyen Wangchuck in 1907. Damaged over the centuries by four catastrophic fires and an earthquake, the dzong has been fully restored in the recent years by the 4th King Jigme Singye Wangchuck.  At the dzong you can see the highest standards in woodwork. Also visit the massive Kuenray, the Coronation Hall of all Bhutanese kings, the Dzongchung at the entrance to the dzong and the cantilever bridge over the Mochu that has been recently renovated.

In the evening visit local markets in Punakha .

Overnight at hotel in Wangdue/Punakha.

After breakfast travel to Paro via Dochula pass and southern part of Thimphu. On arrival at Paro, check into your hotel in Paro and after lunch visit the following:

After breakfast, hike up to Taktsang Monastery, also known as ‘Tiger’s Nest’. The climb up to the viewpoint will take around 1 ½ hours and from there you will enjoy a spectacular view of the monastery clinging to the side of the cliff. Stop for refreshment at the View Point Cafeteria. Then walk further up to the monastery which will take another hour. It is said that in the 8th century Guru Rinpoche flew on the back of a tigress from eastern Bhutan to this place and meditated in a cave here for 3 months. The principal Lhakhang (monastery) of the present monastic complex dates from 1692. Taktsang was damaged severely by fire in 1998 but has now been fully restored to its former glory. After visiting the monastery, walk back down to the road with a stop for lunch on the way at the view point cafeteria. Then drive back to hotel. On the way visit Kichu temple, one of the 108 temples built in the 7th century by the Tibetan King Songsten Gampo. The story goes that a giant demon lay across the whole area of Tibet and the Himalayas and was preventing the spread of Buddhism. To overcome her, King Songtsen Gampo decided to build 108 temples, which would be placed on all the points of her body. Of these 108 temples, 12 were built in accordance with precise plans. Thus, it happened that in about the year 638 AD, the temple of Jokhang in Lhasa was built over the very heart of the demon.

In the evening relax and overnight at hotel in Paro.

In the morning, your tour guide will see you off at the Paro airport for your onward flight